When Churchill was informed that Air Commodore Ivelaw-Chapman was missing after a bombing raid over German-occupied France, he gave orders for him to be silenced – permanently, if necessary. What were the secrets that had to be kept from the enemy at all costs? The answers are to be found in this compilation of Ivelaw-Chapman’s letters and journals, narrated by his son. “Chaps” joined the Royal Flying Corps in 1917 and retired as an Air Chief Marshal in Belgium, and was actually airborne at the moment when World War I ended. He served in India immediately after the war, and then came home for squadron service on aircraft such as the Vernon and the Hyderabad. 1929 found him in Iraq, from where he took part in the air evacuation of Kabul. He was forced to land and taken prisoner by Afghan rebels, only to be flown to safety from a makeshift airstrip in a DH9. At the start of World War II he was Station Commander at Linton-on-Ouse and later went to the Air Ministry, where he worked on plans for the invasion of Europe. In May 1944, with secret information in his head about the projected date and site of the D-Day landings, Ivelaw-Chapman was shot down in a bombing raid over France. Although he was captured by the enemy, their interrogators failed to extract the information that Churchill felt was so vital. Ivelaw-Chapman went on to command the air force of newly-independent India, and ended his career as Vice-Chief of Air Staff at the height of the Cold War.

Photographs taken in and around St-Rémy-du-Plain (St-Rémy-du-Val) where the resistance members helped Sir Ronald (Chaps) to hide and attempted his repatriation prior to capture by The Gestapo. 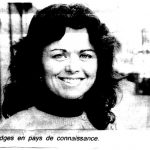